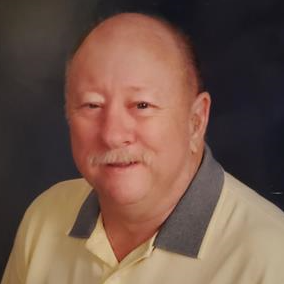 Al Mason, formerly of the Kansas City Regional Office, passed away November 6, 2019 while on a cruise. Al began with OIG in 1980 and retired in 2001. Al and his wife were avid "cruisers" and took two or three cruises a year. Al was one of the pioneers in OIG's computer forensics developing a number of data analysis programs for food stamps and EBT. He also developed the SSN verification tool. Al was known for his humor and willing assistance to any agent who called.

The below is from his published obituary:

Elbert Lee "Al" Mason, 77, Lenexa, KS, passed away Wednesday, November 6, 2019. Visitation will be held from 6:00-7:00 p.m., with Memorial Services following at 7:00 p.m. on Thursday, December 5, at the Porter Funeral Home 8535 Monrovia, Lenexa, KS. In lieu of flowers memorial contributions may be made to The American Heart Association.

Al was born October 20, 1942, in Knoxville, IA. He was a Navy Veteran and worked for the US Government for over 30 years before retiring. He was preceded in death by his parents, Emmett and Wanda Kinney, sister, Eileen Mason and son, Craig Linboom. Al is survived by his wife of 38 years, Gretchen Mason, 3 sons, Kenneth Mason, Doug (Cheryl) Mason, Terry (Lisa) Linboom, brother, Don (Mary Kay) Kinney, sister, Mary (Eldon) Frye, 6 grandchildren and 1 great grandchild. (Condolences may be expressed at: www.porterfuneralhome.com Arrangements: Porter Funeral Homes & Crematory, 8535 Monrovia, Lenexa, KS (913) 438-6444).