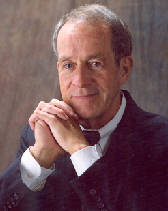 Bob began his OIG career in 1970 as a Special Agent in Chicago after service in the Army. He later served with OIG's Security and Special Investigations (SSI) division in headquarters. In 1981 Bob went to Temple, TX as a Supervisory Special Agent and then as a Senior Special Agent in 1987. He retired in March 1994.