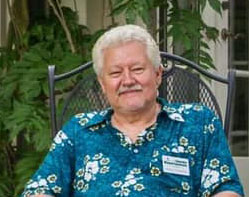 Glenn Parsons, 72, retired ASAC, SER, Atlanta, passed away at home November 3, 2020. He had been in poor health and apparently passed away in his sleep.

Glenn came to OIG-USDA from the U.S. Park Police about 1976. He served as a Special Agent in Hyattsville and later went to headquarters. Glenn was reassigned to the Raleigh, NC, suboffice as Supervisory Special Agent about 1984. He was later promoted to ASAC in Atlanta and retired there in 2003.

Glenn was one of the charter members of the SER's Mudfish Rodeo gang paticipating in spring fishing trips to various and sundry exoctic locales in Georgia, Florida and Alabama, even venturing to Canada in the retirement years.

There is no funeral or memorial service planned.