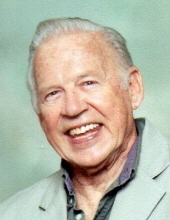 Robert F. Smith passed away January 29, 2018, in Virginia Beach, VA. He will be buried at sea with a U.S. Naval service this summer.

The following is from his obituary: